Bi-Weekly Meeting
The Board meets, via zoom, every other Wednesdays at 5:00. If you would like to be on the agenda, please contact our office to schedule a time. 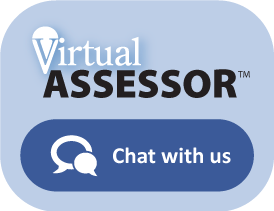 Wendell has contracted with Regional Resource Group Inc. to provide online Assessing services.Clicking on this link will allow you to chat with a live agent who can answer questions and assist you in your assessing department needs.
Services available:


Agents are available Monday - Friday 9 AM - 3 PM
During off hours you may leave your information and an agent will get back to you within 1 business day.

The Board of Assessors are members of Wendell’s finance team. Our responsibilities include maintaining the property database, valuing and classifying property, committing taxes, granting abatements and exemptions, managing special assessments and betterments, and administering the motor vehicle and trailer excise tax. The tax rate for FY2022 was $23.24. The FY2023 tax rate will be set before the final FY2023 tax bills are issued.

The Board Assessors' primary goal is the equitable valuation and classification of property in accordance with standards set by Massachusetts General Laws. We strive to practice policies and procedures that maintain equity, accuracy, and fairness.

We welcome the opportunity to serve the public by answering questions and providing explanations. The Assessors recommend and encourage all property owners to review the data on their Property Record Card periodically and contact our office with any questions.

The Board meets bi-weekly on Wednesdays at 6:30 p.m.

Records and Services Available from the Assessors' Office Include:

Each parcel in Wendell is identified by a Parcel ID which consists of the map and lot numbers. The Assessors maintain a database of Property Record Cards, aka field cards, that contain data about the parcels' values, use, land area, owner name and address, sales, and improvements (buildings, yard items, special features). Property owners may request a copy of their Property Record Card at any time for no fee.

Maps are maintained in GIS format and are annually updated as of January 1st with new recorded splits, subdivisions, surveys, and data changes. The Town of Wendell is divided into 14 maps that show lot lines and land areas only (no building or septic data is shown). Maps are for assessment purposes only and are not valid for legal description or conveyance. The most current maps are located outside of the Assessors Office in the Town Offices. Property owners can request a copy of a map for no fee.

Maps can also be found online at:
https://maps.massgis.digital.mass.gov/MassMapper/MassMapper-Wendell.html

Deeds and other legal documents for land in Wendell are managed by the Franklin County Registry of Deeds in Greenfield. The following link enables you to search for plans, deeds, etc.:
http://www.masslandrecords.com/Franklin

A certified abutter's are available upon written request. Include the specific location of the property and within how many feet abutters are needed (direct, 100, 300). Please allow a period of two weeks for us to complete these requests.

Office of the Board of Assessors

Real Estate assessments have increased significantly for 2023. The amount of Wendell’s total valuation of Real Estate and Personal Property has increased 11% based on Real Estate market sales data from the 2021 calendar year.

The final answer will vary from property to property. Typically, if there is an increase in assessed value, then the tax rate will drop.

State law requires assessors to estimate the fair market of all properties within their jurisdiction. With this mandate comes the requirement that assessors conduct annual revaluations. Revaluations not only respond to the ever changing real estate market, but are opportunities for assessors to improve the quality of property data and the underlying valuation methods used to estimate values.

If you observe a change in your valuation, the difference can be attributed to one or more of the following:

Inspections made as part of our periodic inspection program in which features listed on assessment records are updated.

Re-balancing of land and building values (for example: sales)

Response to new legislative enactments and Department of Revenue guidelines

Assessed valuations are not intended to predict what a property might sell for in the future. Assessors are only concerned with what properties were worth on the assessment date - the January 1st preceding the fiscal year of taxation. Properties having sold in the 12-month period preceding the assessment date influence our valuation model. Our office monitors the correlation between assessments and sale prices on sold properties to insure that all property owners are assessed fairly and that no class of property is over or under assessed.

All assessments are estimates that approximate market value. Many factors influence what a buyer might pay for a property, but only those that are readily quantifiable are used in estimating your valuation. For example, your assessment is based on features like location, land area, building area, type and grade of construction, age and condition, and amenities like garages, swimming pools and finished basements. Examples of property features not considered in your assessment include curb appeal, home décor, landscaping, and even annoying neighbors. We recognize that these latter features might well impact on sale price, but are not readily measured and difficult to defend.

The Wendell Board of Assessors contracts with Regional Resource Group (RRG)

The Wendell Board of Assessors, with the support of the Select Board and Finance Committee, has decided to enter into a three-year contract with Regional Resource Group (RRG) for comprehensive assessing services. A multi-year contract with RRG is a good way to control Wendell's assessing costs while providing excellent assessing services to the town. This will also save money by eliminating the need for hiring and training an Administrative Assessor and for costly consultants.

Read more: The Wendell Board of Assessors contracts with Regional Resource Group (RRG)

Wendell has adopted a semi-annual preliminary tax payment system, which will affect your property tax bills for Fiscal Year 2011 (July 1, 2010 to June 30, 2010). The following explains how this new system will work.

BENEFITS FROM THE NEW SYSTEM

Under the old system, property tax payments were due twice a year, ideally November 1 and May 1. In practice, communities frequently issued their tax bills at different times during the year. As a result, taxpayers were often uncertain when their bills would be issued and had difficulty in planning their payments. Also, communities were forced to borrow money to have sufficient funds to meet their bills.

The new preliminary billing system has been shown in a number of other Massachusetts communities to provide the following advantages:

• Greater certainty in payment due dates for taxpayers.

• More even distribution of income for cities and towns.

• Significant reduction -- even elimination -- of costly municipal borrowing in anticipation of tax revenues.

If for some reason preliminary tax bills were mailed after August 1, you would have until November 1 (or 30 days after the bills are mailed, if later) to pay the entire $820.

Your actual tax bill will then be sent to you on or about December 31. This bill will show the assessed valuation of your property, the tax rate and the amount of property taxes you owe for the fiscal year, including any betterments, special assessments or other charges that are added to the tax. The tax bill will also show the amount of the preliminary tax billed earlier as a credit against your actual tax for the year. The balance of your tax must be paid by April 1.

If for some reason actual tax bills were mailed after December 31, you would have until May 1 (or 30 days after the bills are mailed, if later) to pay the entire balance of $1280.

Will the new system affect the amount of property taxes I pay for the year? No. The amount you pay is the same under either system. Either way, the amount is based on the valuation of your property and the tax rate. The tax rate reflects the level of taxes needed to fund local budget decisions and must still be within the limits of Proposition 2-1/2.

If you have additional questions, you should contact the Assessors' or Collector's Office.

If you are a Wendell resident and property owner who is over 70 with limited assets and income, there are two exemptions offered by the Town of Wendell which might benefit your situation. An exemption is a reduction of property tax for the fiscal year.

A 17-D exemption is for a reduction of $175 from your taxes. The age requirement for this exemption is that you must have reached age 70 by July 1, 2008 for a FY09 exemption.   There are no income restrictions, however, your total assets cannot exceed $40,000, excluding house. There are no income restrictions for this exemption. You must also have owned and occupied for at least five years.

Exemptions do require documentation and assessors may ask you for your federal or state tax returns and bank statements, birth certificate, etc., to verify your application  All financial information is confidential and never released to parties outside the assessors’ office.

Applications may be obtained from our office during normal office hours. Any application for 2009 must be received no later than December 3rd of this year.

Why did I get a Personal Property form ("Form of List")?

Owners of unincorporated businesses in Massachusetts must report their business equipment and stock-in-trade annually to their local boards of assessors.

Similarly, owners of "second" homes must report furnishings and equipment at that home.

In recent years it has become apparent that certain Wendell businesses and second-home owners have reported responsibly, while others seem to have forgotten. To be fair to those who do report, and, in fact, to all Wendell taxpayers, the board of assessors has found it necessary to be proactive in this matter.

To help ensure that this "personal property" (as it is called) is assessed fairly, we have taken the extra step of mailing out Forms of List this year. If you have received a form, it is because the assessors have reason to believe that you may have taxable property used in a business (State Tax Form 2) and/or furnishings and equipment at a second home (State Tax Form 2HF). Those reasons include current deeds, information from the Town Clerk (d.b.a.'s), the advertising of goods or services on the internet and elsewhere, and other apparent indications.

Reporting your taxable property by returning Forms of List to the assessors is the best way to ensure that our values are correct. An exhaustively detailed list is not necessary, just a straightforward general description and your honest estimate of value, i.e., what you would expect to realize on an open-market sale.

The forms you return are not public records.

Please contact the Assessors for assistance with these items.

Board Of Assessors Minutes